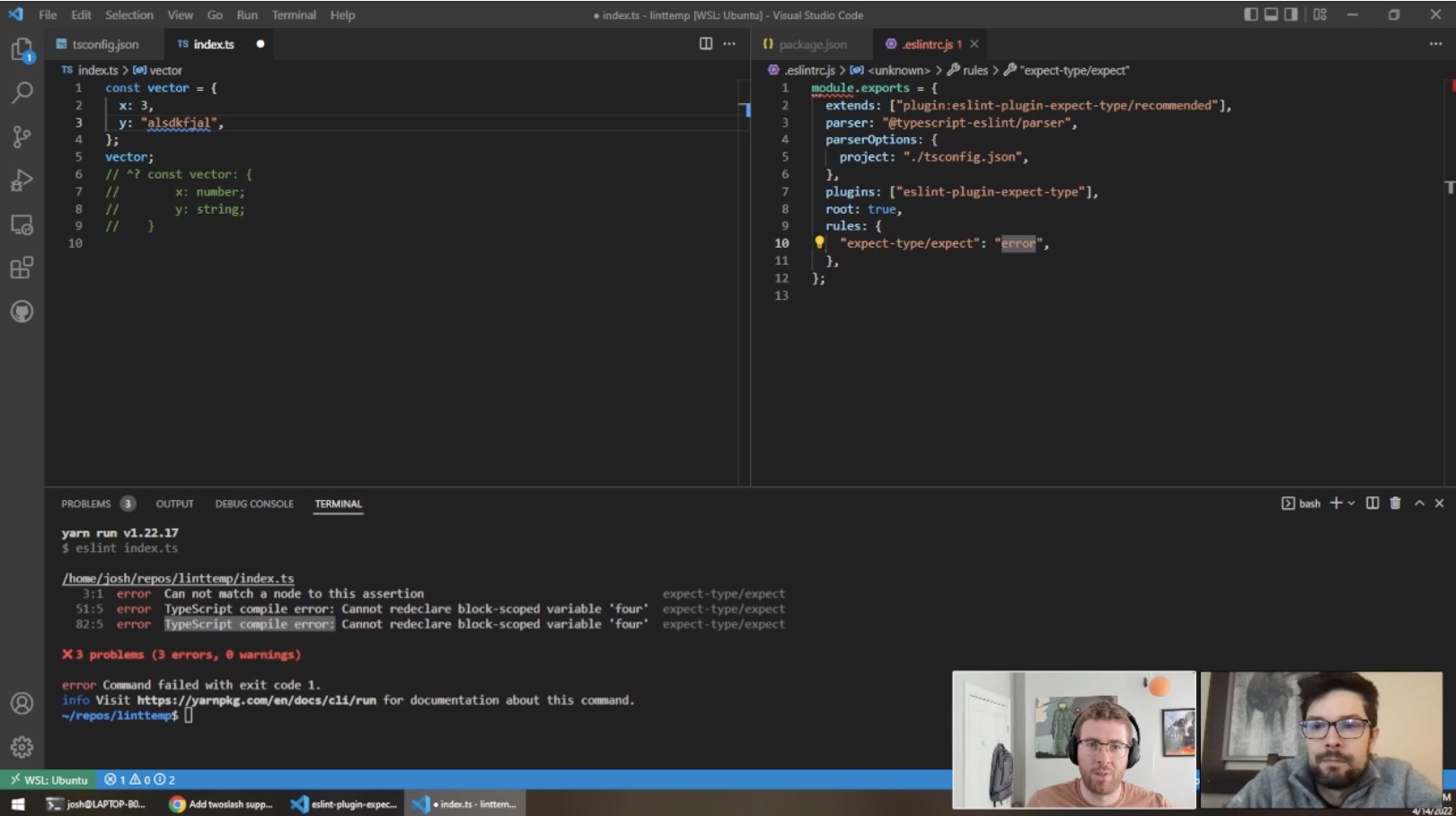 We talked through a recent PR I created to add TwoSlash support for Josh's expect-type eslint plugin. That syntax looks like this:

The eslint plugin will then check that TypeScript reports let four: number when you get quickinfo for four. This lets you write tests for the display of types. The idea is similar to dtslint and literate-ts, but with a few key advantages:

Once the PR is merged, this will be my new preferred way to test types, and I'll have to update the recommendations from my TSConf 2019 talk as well as Item 52 in Effective TypeScript ("Be Aware of the Pitfalls of Testing Types"). I'm already using it on my latest open source project, crudely-typed (more on that soon!).

I had a great time chatting with Josh, and I think we both learned a thing or two. Hopefully you will, too!